Next in our study of prayer, let’s stop and look at David. There are a lot of different aspects of King David that we could study – he is such a deeply human, with flaws and sins – and yet, it is said of him that he was “a man after God’s own heart” (Acts 13:22 ESV). That is extremely high praise, and one that we all should aspire to in our Christian walk. Since we’re talking about prayer, let’s focus on a time in David’s life where he prayed for forgiveness. Prayers of repentance are a special type of prayer, one filled with lots of negative emotions, like guilt, fear, regret, and shame, but we should be comforted knowing that God always greets these prayers with forgiveness, mercy and grace.

In Psalm 51, David is praying to God through his poetry, begging for a clean heart and forgiveness from his sins. The subtitle of this psalm is “To the choirmaster. A psalm of David, when Nathan the prophet went to him, after he had gone into Bathsheba.” We all have heard the story of David and Bathsheba, and we all know that his lust lead to adultery, the adultery lead to conspiracy, and the conspiracy lead to the murder of his faithful follower. As a punishment for these sins, the son he and Bathsheba had conceived was taken away by God. When confronted with his sins by Nathan, David was rightfully convicted and heart broken. This psalm reflects how strongly he felt his guilt, and the heavy burden of his sins that only God could take away.

First of all, he asks for cleansing. In verses 1, 2, 7, and 10 he asks for his sins to be washed away, cleaned away, and purged: “Wash me thoroughly from my transgressions” (vs 2), “purge me with hyssop and I shall be clean; wash me, and I shall be whiter than snow” (vs 7), and “Create in me a clean heart, O God” (10). This language shows that he felt dirty from his sins – he reminds me of Lady Macbeth from Macbeth, who couldn’t get the blood off of her hands, no matter how much she washed them. He uses the terms “inward being”, “secret heart” and “purge”, and the metaphor “I was brought forth in iniquity, and in sin did my mother conceive me” to convey the fact that his sin was deeply ingrained in him, right into his very being and existence. Sin is so ugly and destructive that it literally separates you and me from God, but fortunately for us, God is so merciful that He will forgive those sins, even deeper than they stain us.

Secondly, David asks for God to restore his heart and his spirit back to a time when he was right with God. In verses 8, 10, and 12, David asks for restoration and deliverance. He begs “renew a right spirit within me” and “Restore to me the joy of your salvation”. Sin can take us farther away from God than we ever intended, and there are some days where you realize you have drifted so far away from God that you don’t even recognize yourself. Even in these instances, God can (and absolutely will) take you back, and you can always rekindle your relationship with your Father, just like the Prodigal Son in Luke 15. This is because God has “steadfast love” and “abundant mercy” (vs 1) towards us, and wants to forgive us of our sins. All we have to do is repent.

Thirdly, David doesn’t just repent and ask for forgiveness – he has a plan for after his sins are removed from him. In

verse 13 he says “Then I will teach transgressors your ways, and sinners will return to you,” and in verse 15 he says “O lord, open my lips and my mouth will declare your praise.” David plans on moving forward and working for God. He doesn’t just wallow in his mistakes and his past – he lets go of his past sins. Verse 3 says that David’s sins were ever before him, but Psalm 103:12 says “As far as the east is from the west, so far does he remove our transgressions from us.” Though David felt guilt for his sins, he recognized that once God had forgiven him, he did not need to worry about them anymore. They were no longer his problem.

Finally, while David makes mention of burnt offerings and sacrifices at the end of his psalm, we don’t need to worry about a sacrifice, because Jesus was our sacrifice. His blood is the substance God uses to wash away our sins, and is the reason why we are no longer separated from God. Hebrews 10:10 says, “And by that will we have been sanctified through the offering of the body of Jesus Christ once for all”, and verse 14 says “For by a single offering He has perfected for all time those who are being sanctified.” We sinners are blessed beyond anything we could ever deserve to wear the name of Christian and be cleansed by the blood of Christ.

So, if there is a sin in your life that you just can’t seem to get rid of, or you still feel guilty for a sin that you’ve already repented of, David understood what you are going through, and we can look to his example and his psalms (particularly psalm 51), for a guide on how to repent, and the importance of repentance to your relationship with God. 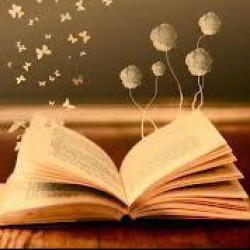 Sarah Smith
Sarah is a 20-year-old native Texan. she lives in Fort Worth and attends Smithfield church of Christ. She is studying her basics at Tarrant County College, and is hoping to transfer to a four-year university afterward to pursue a career as a librarian. In her spare time, she loves to read and watch movies. Her favorite Bible verse is Lamentations 3:22-24.

Sarah is a 20-year-old native Texan. she lives in Fort Worth and attends Smithfield church of Christ. She is studying her basics at Tarrant County College, and is hoping to transfer to a four-year university afterward to pursue a career as a librarian. In her spare time, she loves to read and watch movies. Her favorite Bible verse is Lamentations 3:22-24.