In order for us to have the Bible we have today, God used 40 different writers to pen 66 books during a period of over 1,500 years. Not only do they all agree, but they each tell a part of God’s one story! In His infinite wisdom and knowledge, God had a master plan from the beginning in order to make us His people (Ephesians 1:4-5; 1 Peter 2:9-10). What an amazing God we serve! Journey with me for a few moments as we study God’s prepared plan of salvation for mankind.

The beginning. Our salvation was prepared for us first in the Old Testament. There we see a common thread of God preserving His people because through the nation of Israel, Christ would be born. After Adam and Eve sinned, God laid out a plan to redeem humankind from Satan’s evil devices. The “Seed” in Genesis 3:15 refers to Jesus who, in the climax of God’s plan, would bruise the Serpent’s head as the Serpent bruised His heel. In so doing, Christ overcame sin through His death, crushing Satan under His feet! (Romans 16:20; Ephesians 1:22-23).

Abraham. We see the promise continuing through Abraham in Genesis 22:18. The Hebrew word for “seed” here is zera, which implies a singular “offspring”, or “descendant”. Galatians 3:8, 16 confirms this. Verse 16 says, “Now to Abraham and his Seed were the promises made. He does not say ‘And to seeds,’ as of many, but as of one, ‘And to your Seed’, who is Christ.”

The nation of Israel. God promised Jacob that something special would come through the nation that he would bear (Genesis 28:14). This Blessing would come specifically through Jacob’s son Judah (Genesis 49:10). God even told Moses in Deuteronomy 18:18, “I will raise up for them a Prophet like you from among their brethren, and will put My words in His mouth, and He shall speak to them all that I command Him.”

David’s family tree. King David was among this “royal” bloodline as well. Jeremiah prophesied in 23:5: “‘Behold, the days are coming,’ declares the LORD, ‘when I will raise up for David a righteous Branch, and He shall reign as King and deal wisely, and shall execute justice and righteousness in the land.’” How do we know all this? Take a look at the family tree listed in Matthew 1! God’s promise that His Son would be born through Abraham and the nation of Israel is confirmed in this infallible record.

The law. The law of Moses that guided the children of Israel even contributed to God’s ultimate plan. Galatians 3:19-25 tells us the purpose of the old law. Though important, it was merely a temporary teacher until Christ brought the ultimate standard. Verse 19 explains it well: “What purpose then does the law serve? It was added because of transgressions, till the Seed should come to whom the promise was made; and it was appointed through angels by the hand of a mediator.” Jeremiah 31:31-32 speaks of the “new covenant” that would be parallel to the covenant God made with Israel, but better (Hebrews 12:24; Galatians 4:21-31). Everything that God set in place for the children of Israel was just a shadow of things to come “in the fullness of time” (Ephesians 1:10; Colossians 2:17; Hebrews 10:1).

The prophecies. Many books of prophecy in Scripture, through inspiration of God, foretell events that would occur to the children of Israel — captivity, peace, famine, destruction, and even a coming Savior. These prophecies are a major part of God’s preparation (2 Peter 1:20-21; 1 Peter 1:10-12; Hebrews 1:1). Let’s look at a few prophecies in the Old Testament that speak of salvation and a coming Messiah:

The sacrifices. Just like everything else in the Old Testament, sacrifices play a big part in God’s design for our salvation. In Exodus 12, God set up the Passover to save His people from the last and most horrifying plague sent upon Egypt: the death of the firstborn. If the people took a spotless young lamb, killed it on the fourteenth day, painted some of the blood from this lamb on their doorposts, and ate the lamb meat roasted that night, God would “pass over” them. “Now the blood shall be a sign for you on the houses where you are. And when I see the blood, I will pass over you; and the plague shall not be on you to destroy you when I strike the land of Egypt.” (verse 13). In John 1:29, John proclaims of Jesus, “Behold! The Lamb of God who takes away the sin of the world!” Jesus is our Savior and Redeemer because He is our Passover Lamb (Isaiah 53:7-10). Interestingly, He was tortured, tried, and crucified during the week of the Passover (Matthew 26:2; John 18:39; 19:14). He is our Passover Lamb because as we are walking in the light, we are washed in His blood (1 John 1:7-9). When God looks at us, He no longer sees a filthy sinner who deserves to die. He sees one of His children, covered in the blood of His Son, so mercifully saved from His judgement on sin. “For indeed Christ, our Passover, was sacrificed for us.” (1 Corinthians 5:7). The Passover sacrifice of the Old Testament was but a foreshadowing of the Ultimate Sacrifice paid on Calvary, preparing us to understand the importance of Christ’s offering. Just as the nation of Israel kept the Passover Feast as a memorial to what happened in Egypt (Exodus 12:14-27), so we commemorate our Lamb’s death, burial, and resurrection on the first day of every week (Acts 20:7; 1 Corinthians 11:23-26).

We didn’t even begin to cover the magnitude and depth of God’s foreknowledge and wisdom regarding our salvation (Romans 11:33), but I hope that this overview helps us to realize the articulate preparation that took place just so that you and I could have an intimate relationship with the Creator of the Universe. To God be the glory!

Kayla is a college sophomore who is currently studying English online through CollegePlus. She is also a bi-monthly writer for restoreourfaith.com. She lives in Trinity, Alabama, and enjoys studying God’s Word, spending time with friends and family, blogging, reading, and playing the piano. 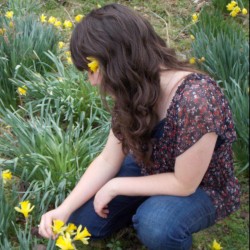 Kayla Barker
Kayla is a college sophomore who is currently studying English online through CollegePlus. She is also a bi-monthly writer for restoreourfaith.com. She lives in Trinity, Alabama, and enjoys studying God’s Word, spending time with friends and family, blogging, reading, and playing the piano.

Kayla is a college sophomore who is currently studying English online through CollegePlus. She is also a bi-monthly writer for restoreourfaith.com. She lives in Trinity, Alabama, and enjoys studying God’s Word, spending time with friends and family, blogging, reading, and playing the piano.