“And Joseph, being a just man and unwilling to put her to shame, resolved to divorce her quietly.” -Matthew 1:19

Joseph: the earthly father of Jesus Christ and husband of Mary, is one of the tragically least talked about men in the Bible. He was a just man and did everything he could to serve God. He was not perfect, but out of all the men on earth, it is no coincidence that God chose him to raise Jesus.

If you recall, which I am sure you do, Joseph was not aware of what was happening at first when Mary was pregnant with Jesus. He did not understand that his wife was pregnant with the coming Messiah, he did not know that she was still a virgin, he genuinely thought that she had been with someone else. And it is not what Joseph did in this situation that speaks volumes about his character, but what he didn’t do.

As we see in Matthew 1:19, Joseph was unwilling to put Mary to shame. This is something that we often overlook, but is important to notice. Joseph was still unwilling to put Mary to shame, even though she was thought to have been pregnant with another man’s child! Can you even imagine how much pain that must have put him in? And yet he was willing to stay quiet. He was not willing to shame her, despite the fact that she had shamed him.

I am, admittedly, someone who does not often stay silent. It is by no means my strong suit. If someone wrongs me, I am more than likely to tell someone else about it. It is what we have all been taught. If someone hurts you, you tell someone. And, of course, there is a time and place for telling others. But above all, we must never forget that it is out of love that we serve God. We must remember that love is patient and kind. We must remember that love does not insist on its own way. Love bears all things and endures all things, and if we do not love our brothers, we cannot love God (1 John 4:20-21).

Joseph was showing true love. Yes, he was deeply hurt by the woman he was going to marry, thinking that she had been with someone else. But he had absolutely no intention of hurting her reputation. We see this also in Matthew 18:15, which says, “If your brother sins against you, go and tell him his fault, between you and him alone.” This is exactly what Joseph had done. He was settling this with his betrothed, and with her alone.

I believe that this is an issue we often justify and don’t really like to touch. How many times do we mistake going to our brothers and sisters for help, with gossiping? How often have you done this just within the past day? Week? Month? Year? While it is hard to hear, this is a very big issue, and it must come to a stop. 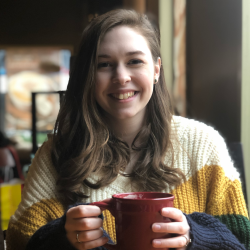