Today we get into the meat of the letter! While the Thessalonians seem to be Paul’s sweetheart congregation they still had struggles and Paul wanted to be sure they were ready to meet any challenges that came their way. The rest of the letter will address those issues directly. Consequently, once we get to 2 Thessalonians we will be able to see which commands they heeded, and which still needed some work.

In the last two chapters of this book, Paul uses a technique common of his day. When an author wanted to emphasize the main purpose in their writing they would use a petition verb. Many times, these words are translated “urge,” “plead,” or “exhort.” For our purposes I will tell you where these verbs are, but for more information on the use of petition verbs in ancient literature read the article “Petition as a Literary Form” by Terence Y. Mullins which appeared in the journal Novum Testamentum January of 1962.

Keep these main ideas in your mind as we continue studying through 1 Thessalonians. Paul will frequently address very specific issues, but usually they are illustrations of one of these more general concerns.

Paul is the master of run-on sentences which sometimes makes it difficult to follow his thought process. But, if you break this first verse down to its bare bones, it basically says “I urge you to excel still more.” Excel more at what though? It seems that the emphasis throughout this section is on obedience to the commandments passed down. This idea that they should “excel still more” implies that they are succeeding to some degree in this area, but Paul wants them to do better.

Paul is not going to tell them anything new here; they know the commandments of God. What Paul will seek to do in this passage is remind them and to apply the commandments in a very specific area.

God’s will for the Thessalonians was their sanctification. Paul will go on and be very specific about some of the things this entails, but let’s look at this word before we go any further. Sanctification (HAGIASMOS) was the continued action of one being set apart for a specific purpose. Paul wants to be sure these Christians understood that they were meant to be different and distinct from the surrounding world. They were to be dedicated to God’s will.

As Christians, we often succumb to the desire to blend in with the rest of the world. Sometimes difficult to stand up and do what we know to be right when it will make us stick out like the proverbial sore thumb. We must always keep in mind that it is part of God’s design that we look different from the surrounding world. The seemingly bizarre actions of Christians should cause people to stand up and take notice. If we blend into the world, how will we ever make a meaningful impact?

As we discussed earlier, this is not necessarily the only issue they dealt with, but it was a struggle that Paul could use that would illustrate this idea of what it means to be set apart from the world. The specific problem addressed in these verses is sexual immorality. This was a huge problem in the pagan cultures as much of their idol worship centered around sexual deviancy. This was one of the ways that the Thessalonian congregation was allowing themselves to become influenced by the world around them.

The word for “sexual immorality” is PORNEIA, which you might recognize as the root of our word pornography. This is an umbrella term used to describe any act outside of the marriage relationship, including sex before marriage or extra-marital affairs. Many of you reading might be tempted to skim past this section because you know these things to be wrong, but I want us to take a deeper look at our hearts on this issue. I believe that Paul could use this problem of sexual immorality as an illustration in our congregations today just as viably as he did then. This is one of the most prevalent sins found within the church.

There are two major interpretations for Paul’s use of “vessel” in 1 Thessalonians 4:4. Some believe a better translation to be “wife” and some “body.” Both have Biblical precedent elsewhere. Either way, the meaning of the passage is the same. We are to treat our sexuality with sanctification and honor. What does the talk of defrauding a brother have to do with this issue at all? Defrauding (PLEONEKTEO) here means to cheat someone out of something. In this context it seems as if Paul is imploring them not to take one another’s wives.

Sexual immorality is not always as blatant as the physical sexual act. According to Jesus, lusting after someone is just as sinful. Sisters, let’s take a minute to get real here. We are guilty! Maybe we aren’t in line for the next 50 shades movie (at least I hope not!), but do we walk out of the movie we did attend talking about how “hot” the actor was? Are we enthralled with television shows that glorify bed-hopping behavior? Do we read the latest romance novel? These are the kind of things that discreetly glorify our sexually immoral desires.

We as a church must be on our guard when it comes to this issue! There are too many homes torn apart by affairs and pornography. So many children are being mentally brainwashed by Satan in this area. The National Coalition for the Protection of Children and Families reported that 47% of families in the United States said that pornography was a problem in their home. 87% of young men and 31% of young women believe that using pornography is morally acceptable. Having been a minister’s wife for many years, I have seen that the statistics within the church are not very different. This should shake us to our core. There is no person in the church that this issue has not touched in one way or another. We absolutely MUST be guarding our hearts and teaching others to do so as well.

Paul’s first major admonition to the Thessalonians was that they be set apart from the society around them. His second is that they excel still more at loving one another. It seems that they were already doing this, but Paul is going to give them some very specific examples of how to surpass their current level of love. It is interesting that in 1 Thessalonians 4:9, Paul first uses the word PHILADELPHIA, a brotherly love, and then uses the word AGAPAO, the ultimate self-sacrificing type of love.

At first glance some of these commands may seem odd in the midst of commands to love one another; however, when you sit and think about what Paul is truly asking them to do, a correlation becomes apparent. They were to be hard-working, good citizens. Paul did not want them to be gossips always meddling in the affairs of other people, nor did he want them to be lazy and always seeking a handout. These behaviors are selfish and not glorifying to the church at all. This does not mean that a church member will never be in need, but it does mean that each member should be attempting to work to provide for himself.

Throughout the week, be sure that you are on guard against things that would cause your impact on the world to be dimmed. Look for ways to love your Christian brothers and sisters and those outside the church. Search for the habits and actions in your life that are selfish and unloving and do your best to root them out. Even if you are doing great in these areas, take Paul’s advice and “excel still more!” 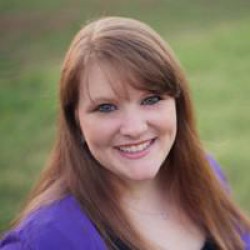