Question:
Given the information we now know about the relatively rare but real abortifacient effect of the birth control pill, do you believe it is a sin to use the pill for contraceptive purposes?

Response:
This question has, in recent times, become one of the most frequently asked of all the inquiries I receive. I must confess that, for some time, I have procrastinated in answering, at least in any public forum, this question. There are a couple of reasons for my hesitancy.

First, I did not feel qualified to be a definitive resource about this subject, since I have had no training or experience in the medical or pharmaceutical fields. Please understand, even now, as I tell you what I think about the use of the pill, that I may not use the exact terminology that a medical doctor would use. I answer in terms that I understand. 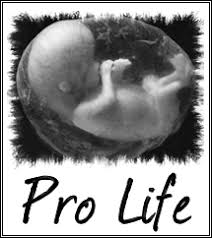 Second, I hesitated because there are two views that are poles apart in regard to this question, even among those who are recognized as leaders in the pro-life camp. Many accuse those who speak out in opposition to the use of the birth control pill of weakening the pro-life movement by causing division in the ranks. Please know that I have carefully examined this consideration before speaking or writing about the moral issue associated with the pill. I am a strong supporter of the pro-life movement and do not want to injure it. But I believe, in order to be truly pro-life, a person must consistently stand for the sanctity of every innocent life and that said life begins at conception. (For the purposes of this article, I will assume that my readers agree that human life begins at conception, the point at which all genetic material is present and at which only nutrition from the mother and time is needed to mature the baby for viability outside the womb.) I believe that making any exception– i.e. overlooking the destruction of any fertilized human egg—is what weakens the pro-life position. To be perfectly clear, I believe that, whenever an action is not obligatory (and taking the pill certainly is not required of anyone) and when said action can possibly destroy life (and it has been proven that the pill can do exactly that), then the action is wrong. I realize the position I am taking is strong. But I continue to ask myself, “If this is not true, why is it not true?” I’m at a loss as I try to answer that question.

Third and most disturbing to me, I procrastinated because I just often weary of controversy. I understand that this question remains unasked in many circles. Lots of women and their husbands are simply unaware that the pill has the capacity to make a woman’s womb reject a fertilized egg. In other circles, in which the question is being explored, the answers are always controversial. I have spoken with scientists, pharmacists, and doctors, who profess Christianity and yet they remain poles apart in their views of this issue. I do not want to avoid important and consequential issues just because talking about them might stir controversy. If the answer to the question involves life, then ignorance is not bliss and peace is not always practical. So, as I was given vastly different “opinions” by medical experts, I finally decided that I needed to come to the truth for myself about the effects of the pill and decide for myself if such an optional procedure as taking the pill could be morally right if it ever caused the destruction of human life. 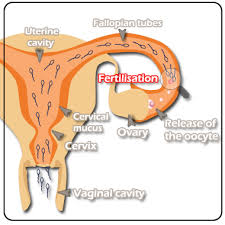 So exactly what’s the big deal about the low dose birth control pill that is taken daily by millions of women? Here’s the gist of it:

Well, this research was the clincher for me. Since taking the pill is a matter of choice and since the possibility remains that the pill may cause a woman’s uterus to reject a fertilized egg, how could informed Christian women choose this form of birth control? My considered opinion is that we simply cannot. I am afraid that 20 years down the road as we become more informed as God’s women about this induced destruction of fertilized eggs (lives), while we will seek forgiveness and be granted God’s mercy, we may still suffer from deep regret and the great burden of guilt. Let’s think long and hard now and be sure we are opting in all optional matters to honor the God Who forms life in the womb (Isaiah 49:5).

Now, the question asked was “Given the information we now know about the relatively rare but real abortifacient effect of the birth control pill, do you believe it is a sin to use the pill for contraceptive purposes?”

Now, the short answer: If we could use the pill exclusively for contraceptive purposes that would be one thing. But both the combination pill and the mini-pill do have the potential to destroy fertilized eggs. Thus, when we use the pill for contraception, we run the risk of also allowing its abortifacient effect to reject implantation of a fertilized egg, thus aborting human life within the womb. Therefore, I cannot recommend or endorse any use of the birth control pill.

By Cindy Colley
Cindy is a Christian homemaker, wife, mom and author. The home she “makes” is in Huntsville, AL where she lives with her husband (Glenn Colley), also an author, as well as minister and elder for the West Huntsville church of Christ. Her children, Caleb and Hannah, both collegiate, have published books as well. Cindy has authored five books for Christian women and co-authored several more. She keeps a blog, Bless Your Heart, which discusses many pertinent faith and culture issues.

« Be a Bible Scholar (Part 2)
Encouraging One Another »